About Counting Sheep: “I photographed this image several years ago on a drive through Salt Spring. I took this one single shot with my camera phone… I was amazed at the stillness that came from the animal and the tree. It was like they were having a moment… Perhaps an argument? Perhaps some sort of situation… They both had a strong silent yet animated presence For years this picture became my personal fairytale. Eventually this photo made its way to becoming multiple colourful versions of what I call now my counting sheep series. Stay tuned for more on this photo and the stories it continues to share…”

Athena’s new 2017 series shows how a distant tree photographed by the artist years ago imprinted itself deep inside her mind.

Repetition of this image in its scenes and day dreams is captured on canvas as platinum light and silver lined clouds hover over ebony soaked horizons.

“Far & Away” takes you on a journey of stillness and the infinite love that comes from above.

The studio fills  with new works frequently… some small…some big…some  heavy! ( due to my love for resin ) some of my familiar and loyal subjects are present such as tiny, patient, yet curious birds perched on willowy, silhouetted, spiny branches. Strong and sturdy Equine also stand guard on a regular basis.

They feel more like guardians in the studio vs. paintings sometimes.

But its the heavenly clouds and landscapes that seem to take you above and below earth and maybe even the ocean that seem to be integrating and flowing into the moods of my canvasses lately.

But despite their size and subject matter they are all my babies, as I like to call them. Each one christened with a name and a purpose. Each one a relationship that I treasure, connect with, and grow from.

It’s amazing what you can learn from the action of physical labour. The kind of effort that tasks your very being to create something that your eyes see and your heart feels. The connection is organic, authentic and moving while each canvas is also a like a friend waiting to be witnessed and interacted with.

I have profound gratitude for all of them and for all of you for your support and encouragement throughout the years for every artistic endeavour I have embarked on. Your support has always been noticed and noted deep in my heart. It has given me the courage and strength to do what I do fearlessly. 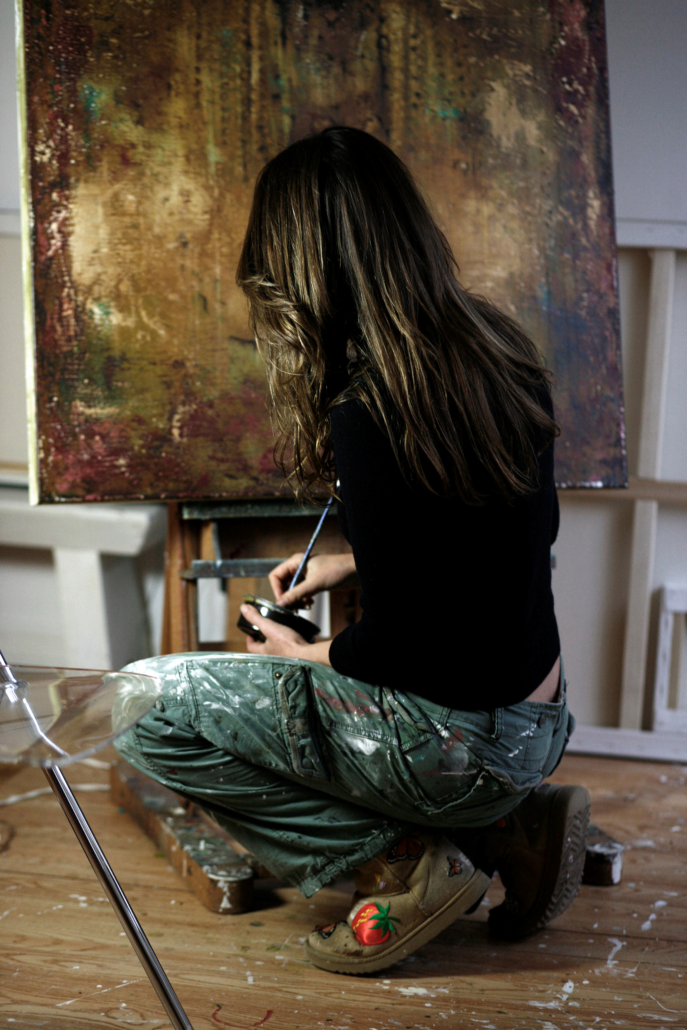